John Mays is one of the nicest guys you’ll ever meet.

He’s also one of the longest-standing A&R Directors in the history of Christian Music, responsible for the careers of such iconic artists as Point of Grace, Cindy Morgan, and Lauren Daigle.

Without showing any signs of slowing down, John founded Centricity Music about a dozen years ago and is busy about the work of bringing you endearing (and platinum selling) artists and singer-songwriters like Lauren Daigle, Jason Gray (pictured on left with John Mays above), Johnny Diaz, and many more on the Centricity Music label.

Beginning as a “boutique” label to handle unique Christian artists other established labels might not acquire, John has led the company to its now envious status as one of the best-known and most successful labels in Nashville with the unprecedented success of CCM/mainstream artist Lauren Daigle.

Always self-effacing, humorous, professional, and contained, John has a reputation for being one of the most brilliant and genuinely caring Artist & Repertoire (“A&R”) directors in town. Artists and songwriters alike credit him with raising the standard of their art and communication with his thoughtful, yet thoroughly truthful, critiques.

“I’ve seen John in action over these years,” says NCS President, John Chisum, “and he just has a way of cutting to the heart of a song and helping you understand where it needs to go next. I’ve learned a lot from him that I use in coaching songwriters to success through our online songwriting courses and even our free songwriter coaching.”

John Mays is returning as a clinician to the Song Revolution Workshop March 26th as he hosts a catered dinner and session at Centricity Music in Franklin, TN. This will be John’s ninth appearance at the workshop for aspiring Christian songwriters and he has often brought in guests such as Centricity VP of Publishing Chad Segura, CCM Artist Jason Gray, Centricity Music songwriter Ross King, and songwriter/producer Steve Fee.

John’s episode of the Song Revolution with John Chisum entitled “Making It in the Christian Music Industry with A&R Legend John Mays (Centricity Music)” has had thousands of downloads as one of the most popular in that series.

The Song Revolution Workshop is filling up. If you are an aspiring Christian songwriter, register today to insure your spot and come prepared to meet top industry influencers such as John Mays, Mike Harland (Lifeway Worship), Kenna Turner West (Curb/Word Entertainment), and NCS President John Chisum. Discounts available for groups of three or more. 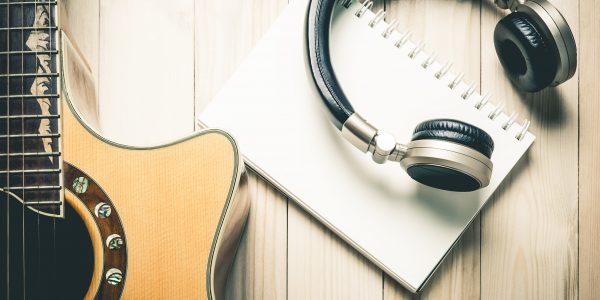